Every time a web page tells Firefox to make a request to a different website, Firefox asks RequestPolicy whether the request should be allowed. To decide whether to allow the request, RequestPolicy looks for rules in three places:

The rest of this tutorial will show you how to manage your policy. You can change the subscription policies and default policy through the RequestPolicy preferences.

Once RequestPolicy is installed, you will see a new flag icon at the top-right of your browser window.

This flag turns red when RequestPolicy has blocked requests from the current website you are viewing. 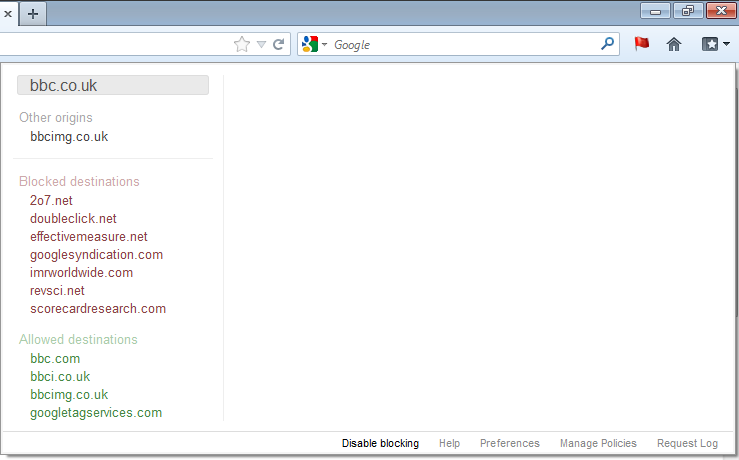 If you click on one of the blocked destinations, you are shown options for changing which requests are blocked or allowed. 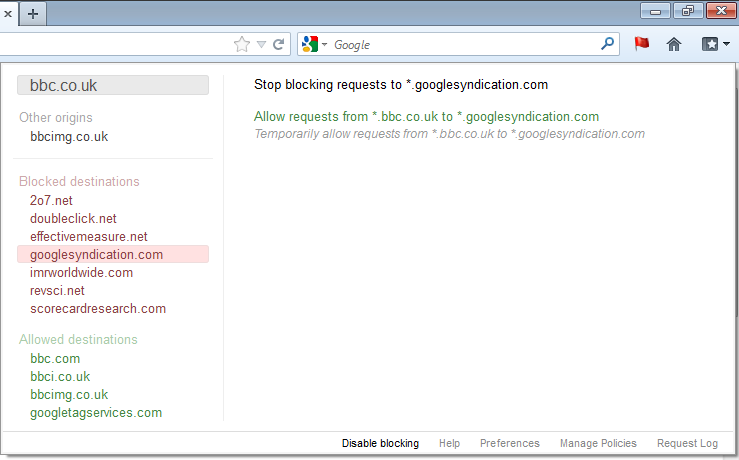 You are shown similar options if you click on an allowed destination. 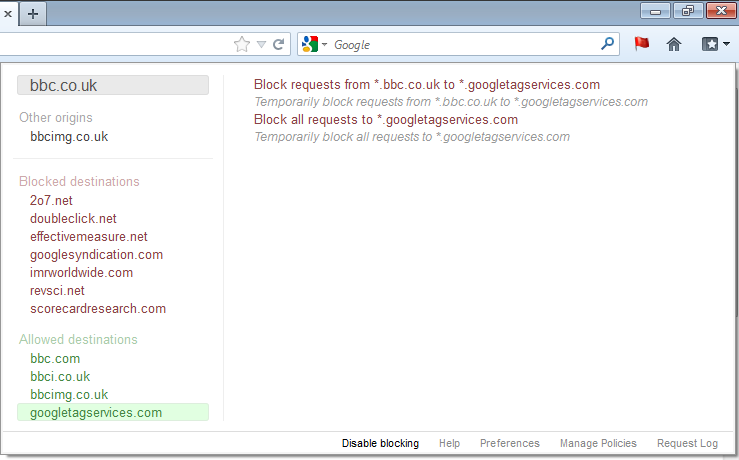